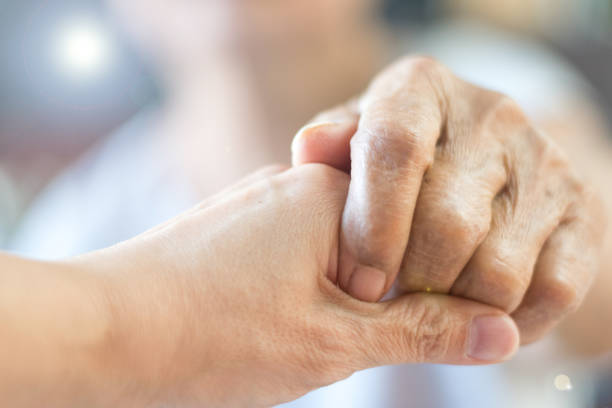 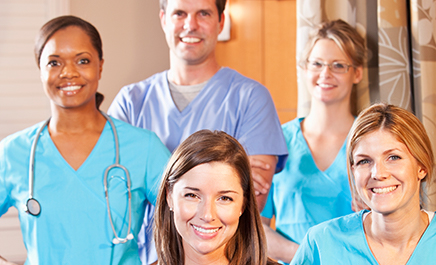 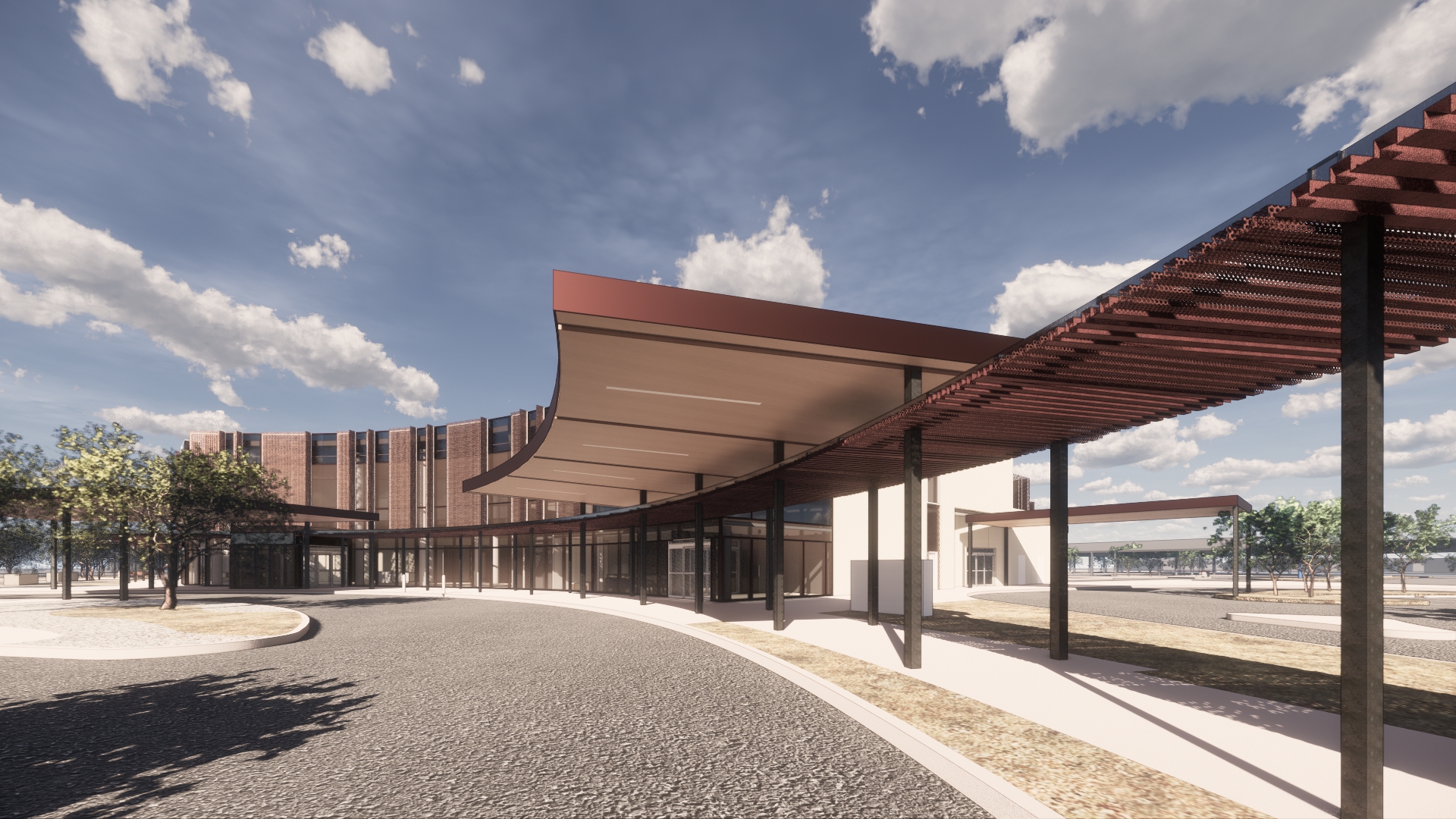 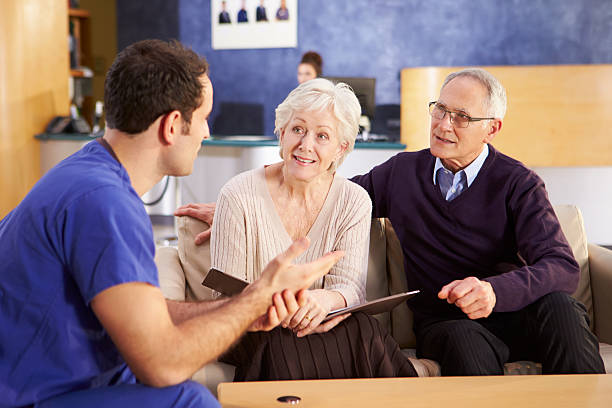 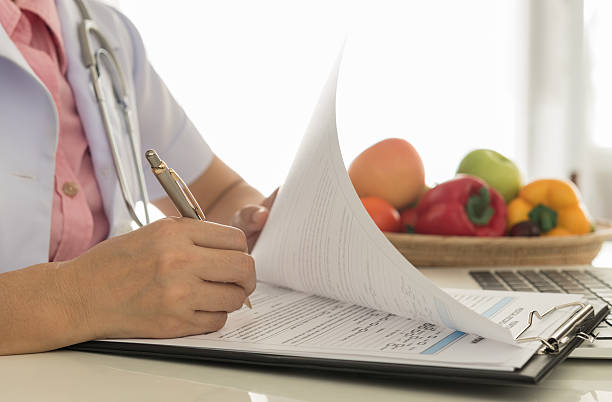 Reeves Regional Health is in Pecos, Texas, the county seat of Reeves County. The first Hospital in Pecos was opened by Dr. Jim Camp in his home before 1920 and later moved his Hospital to an old building in town. He once again moved the Hospital to the old jail building in East Pecos.

On Dec. 1, 1929, Dr. Camp and his son Dr. Hillard Camp opened their newly constructed Hospital, which was located at 1613 W. 5th St. This Hospital had ten single rooms, four wards, a maternity ward, a modern operating room, doctor offices, a reception area, and laundry. Dr. Camp retained an active practice until he died on Jan. 12, 1964.

The first county hospital was proposed when the County Commissioners’ Court passed a resolution on Sept. 16, 1927, calling for an election to approve a $40,000 hospital bond proposal. The election was held on Dec. 10, 1927, and the bond issue was not approved. The following activities on this issue took place when the County Commissioners met on March 18, 1953, and called for an election to be held on April 4, 1953, to approve or disapprove the issue of $400,000 in bonds for “providing additional hospital facilities for the County of Reeves.” The bond issue passed, and the new Hospital’s formal opening, located at 700 Daggett, was held on Dec. 12, 1954. This first County Hospital had a capacity of 33 beds, a complete surgical department, maternity ward, nursery, laboratory, radiology, and all support areas. Dudley Cooksey was County Judge; Halla H. Bryan, Dorothy Moore Kelly, Tom J. Cargill and Tatum Eisenwine were County Commissioners; Milton Ramsour was Hospital Administrator, Maude Cooze was Director of Nurses; Dr. Ed Schmidt was Chief of the Medical Staff and J.T. LaBaume was President of the Hospital Board of Managers. The first patient in the Hospital was Emmett Champion who was admitted by Dr. John Paul Dunn. The first baby born in the Hospital was Juanita Anchondo who was delivered by Dr. Harold Lindley.

At their meeting on Feb. 24, 1975, the County Commissioners called for an election to authorize $3.5 million in bonds to be used to construct a new County Hospital. The election was held on March 22, 1975 and the results were approved on March 25, 1975, finding that the bond issue was approved. The new Hospital’s formal dedication, located at 2323 Texas, was held on Sunday, Feb. 5, 1978, and the Hospital was occupied on March 6, 1978. This new Hospital had a capacity of 62 beds, complete surgical and maternity services, nursery, Intensive Care Unit, laboratory, radiology, pharmacy, respiratory therapy, physical therapy, dietary, reception area, gift shop, and all other support services. There were 40 private rooms, 10 semi-private rooms, and 2 Intensive/Coronary Care beds. H.D. (Darrell) Glover was County Judge when this project was started and W.O. (Bill) Pigman was County Judge when the Hospital was dedicated. Marcos Martinez, Jr., Wendell Faulkner, Dale Toone, Ismael L. Carrasco, and Cecil Cothrun were County Commissioners. Joel Daniel was Chairman of the Hospital Board of Managers and other members were George Vasquez, Mike Starkly, Jesse Bush, Dick Patillo and Jim Rankin. J.E. Langloys was Hospital Administrator, Daniel Judkins, RN, was Director of Nursing Services, and Dr. Bruce Hay was President of the Medical Staff. Other physicians on the medical staff were Doctors W.J. Bang, A.C. Briere, J.M. Chuong, C.S. Lee, Harold Lindley and Ed Schmidt. The dentists on the medical staff were Doctors W.V. Clendenon and David Lovett. The first patient admitted to the new Hospital was Aurelia Martinez was admitted by Dr. C.S. Lee. The first baby born in the new Hospital was Johnny Joe Barbosa who Dr. J.M. Chung delivered on March 6, 1978.

The Hospital was leased to and managed by the Southwest Adventists Health Services from its opening on March 6, 1978, until March 31, 1987, when the lease was terminated by mutual agreement between the Adventist System and the County Commissioners. After considering several options, the County Commissioners voted to enter into a three-year full-service management contract with Hospital Corporation of America Management Company, based in Nashville, Tenn. Mike Maloy, Administrator of the Pecos County Memorial Hospital in Ft. Stockton, Texas, served as acting administrator until Ralph K. Neff, FACHE Administrator of the Rolling Plains Memorial Hospital in Sweetwater, Texas, arrived on June 21 to serve as interim administrator.

Ron Patterson arrived in August 1987 to serve as the full-time administrator for HCA. Soon after his arrival, the County Commissioners began discussing closing the Hospital due to the county’s financial strain. Patterson and the hospital employees led the way to the Hospital becoming a hospital district – a political subdivision of the State of Texas. An election was held on Nov. 4, 1989, and on Nov. 13, 1989, Reeves County Hospital became Reeves County Hospital District, supported by the taxpayers of Reeves County. HCA changed to Quorum in 1991, and the contract with Quorum ended in November 1995. On Nov. 27, 1995, Methodist (Covenant) took over the Hospital District’s management until October 2000.

From October 2000 until April 2003, the Hospital District was managed by CRM. Robert Vernor served as Administrator from May 1, 2001, until July 2, 2004, during which time the CRM contract was canceled and Vernor was hired directly by the Hospital District’s Board of Directors. During this time, the Board of Directors voted to move forward with an $8 million expansion and renovation project that included a new and much needed larger Emergency Department and the relocation of the Reeves Regional Rural Health Clinic, Specialty Clinic, and Physical Therapy Department. It also included a new 15-station renal dialysis facility. The grand opening ceremony was held on April 15, 2004.

January 2007 brought another new Administrator/CEO to the Hospital District – Albert LaRochelle. To maintain the financial integrity of the Hospital District, several management goals were quickly established, prioritized, and set in motion, starting with recruiting qualified healthcare professionals. When LaRochelle arrived, he found the Hospital District in a critical physician shortage. Of the four primary care physicians that had been in the community, two had relocated to metropolitan areas and a third had just been diagnosed with cancer leaving only one full-time Internal Medicine physician and one Physician Assistant carrying the load for all of Reeves County and adjacent West Texas communities. In September 2007, the Nephrologist that had been in place for the renal dialysis facility since it opened three years earlier had to leave due to family visa issues.

For the following 2.5 years, an intensive recruitment effort took place, resulting in six physicians recruited, including three Family Practice with obstetrics, two Internal Medicine, and one Nephrologist. Another Physician Assistant, two physical therapists, an ultrasound technician, and a dietitian were also recruited. As of 2012, an additional two Physician Assistants, an OB/GYN physician, and two additional physical therapists were added to the staff.

Obtaining designation as a Critical Access Hospital was another immediate goal. Since the inception of DRGs (diagnosis-related groupings) in the early 1980s, which regulated the amount of reimbursement a hospital would receive per admission, the Hospital’s daily census dropped significantly from as high as 44 patients per day to below 10. To maximize the amount of reimbursement it was receiving, the Hospital District became a Critical Access Hospital (CAH) on September 19, 2007. In contrast, the Hospital District began receiving 101% reimbursement of allowable costs from its proportion of Medicare and Medicaid patients versus the lesser reimbursement under DRGs as a CAH. The number of licensed beds had to be decreased from 49 to 25.

Additional management goals that have been met include reducing accounts receivable to 60 days or less, preventive maintenance program, and setting staff levels based on patient needs.

Three goals that were a priority were met through the passage of a bond election held on May 9, 2009. For the first time in its history, the Hospital District requested a bond election and received the support of the voters to fund 5.64 million comprising of $4,700,000 for a 20,417 square foot rural health clinic to house up to 12 providers, $403,000 for a new 16 phase CT machine, and $537,000.00 for a new computer system complete with electronic medical records (EMRs).

Another goal that was accomplished was obtaining a new telephone system that has the capability to serve both the Hospital and the Reeves Regional Rural Health Clinic on the same system.

Other goals include making the dialysis department more cost effective either on or off campus, securing land around the Hospital for future expansion needs, decreasing non tax supported debt, creating programs for mammography services and for decreasing non-emergency care in the Emergency Department, and obtaining a new roof for the original Hospital.

Reeves County Hospital District is in a designated rural and frontier county and is also designated as a Medically Underserved Area (MUA) and a Health Professional Shortage Area (HPSA). As we are a very rural community with a high indigent population, providing more healthcare services and providers at the local level greatly reduces the burden of travel for many of our residents who otherwise might not receive the care they need.

In July of 2011, the new Reeves Regional Rural Health Clinic opened its doors. The rural health clinic accommodates all healthcare providers employed under the umbrella of the Hospital District in one location has ultimately increased the community’s access to quality primary healthcare at a price the community can afford by maximizing reimbursement, streamlining costs, providing community health education, as well as recruiting and retaining qualified healthcare providers.

As of the end of 2013, the rural health clinic houses 12 providers: 4 Family Practice/OB, 1 Surgeon, 1 Nephrologist, 1 OB/GYN, 2 Physician Assistants, and 3 Nurse Practitioners. In 2014 a certified diabetes educator was also added to the rural health clinic to implement a diabetes education program. The end of 2013 also brought a new mammography machine and a new mammography technician.

In 2019, the hospital district broke ground on a replacement facility with more than 140,000 square feet of space to house general hospital facilities, expanded space for core services, including a more extensive emergency department and upgraded technology. The new campus will also be in better compliance with requirements for disabled patients and visitors. The 24-month project is expected to wrap up with the replacement hospital opening in Spring 2022.